Wow, with a day job that actually requires me to to do work, I haven't had much time to update things here.

I did get a chance to start working on the BMW airhead frame.  The first step was to cut off of the nonessential clunky looking brackets. 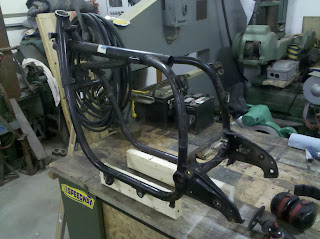 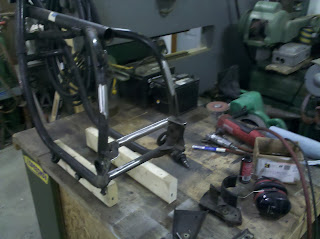 Now, with that cleaned up, work can begin on the rear fairing and seat support. 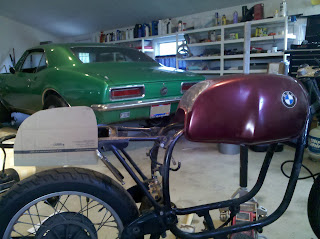 Posted by Dave at Vintage Metalworks at 4:29 PM

The hard work is done...now just everything else to get it running.... 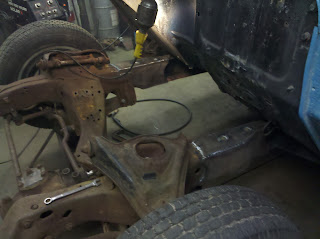 Posted by Dave at Vintage Metalworks at 7:36 AM

This '56 Chevy truck was recently dropped off at the shop for some minor rework....or so I thought.  The customer originally wanted the 235 pulled and a 350/400 combo installed.  He also wanted to add power steering.

There were several problems with this.  First off, the truck is still going to drive like a '56 Chevy but it would be easier to turn the steering wheel.  Secondly, the brakes are still going to be inadequate for highway speeds. It would still ride rough and with the stock rear end, he could go much over 60 mph even with the v8.

The after market power steering unit that he had his heart set on was going to be as much as what it would cost to install a front clip from a Camaro...plus, he already had a Camaro parts car with a nice clean front steer subframe and 10 bolt rear end.

It didn't take much convincing....then out came the cutting torches. 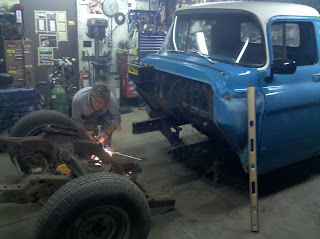 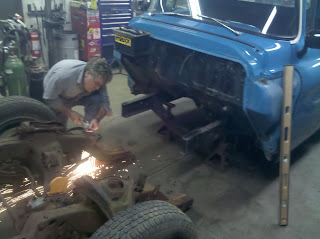 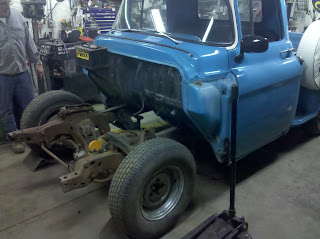 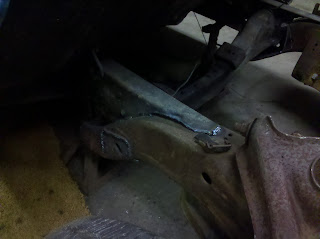 At this point, the subframe is just tack welded in.  It will be cleaned up and plated on all sides to make it look like factory.
Posted by Dave at Vintage Metalworks at 7:31 AM