Since we are going with a 250 in place of the original 235, new mounts are going to have to be fabricated.  I also start with the transmission mount first.  This sets where the engine needs to be.

There was a bit of measuring and some math involved laying out what to cut.  The convertible frame lends itself nicely for a fairly elegant removable mount. 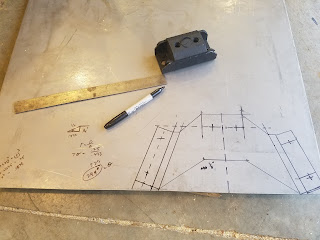 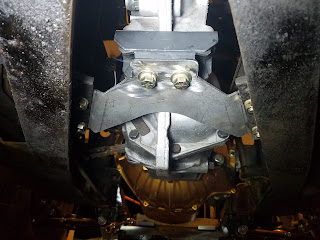 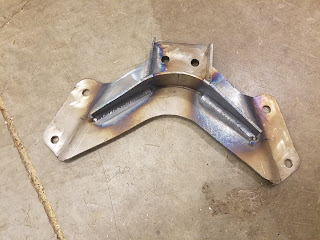 With the Mustang II front end the spring towers are somewhat in the way.  Also, since we used a bolt in front cross member, we opted to make the engine mounts bolt in as well.  You have to start somewhere, so we made the passenger engine side first and then moved to the frame mount. 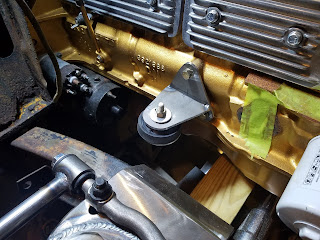 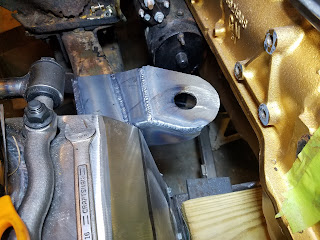 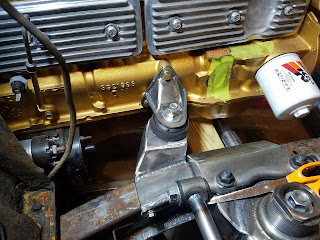 There is a bit more to contend with on the driver's side, but it's basically the same process. 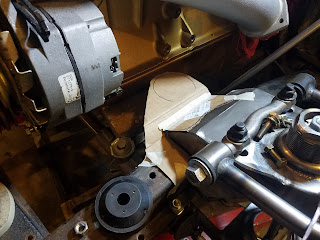 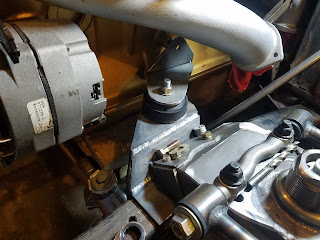 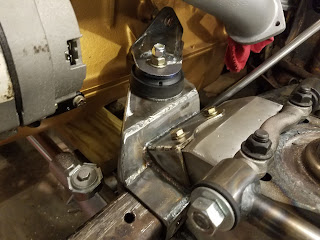 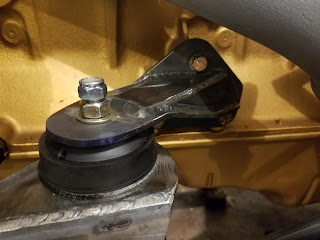 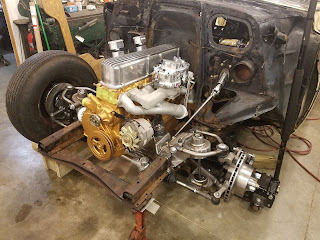 Posted by Dave at Vintage Metalworks at 3:15 PM

By the the time the rear end was installed, the front end parts were finally delivered.  What's nice about these old Chevy's is that the entire front suspension just unbolts. 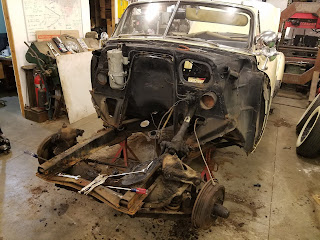 We opted to use a bolt in Chassis Engineering front cross member kit.  There were some minor tweaks needed but overall all, it fit pretty well. 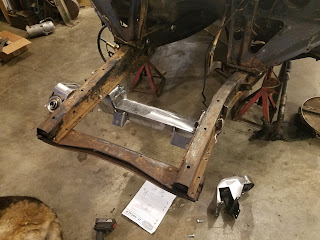 With the cross member in, everything else bolts to it. 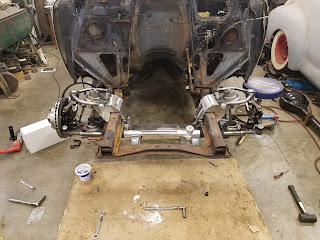 To get the car to sit where we wanted it, we ended up using 2" dropped spindles.  The customer wants it to sit lower, but we are going to wait till the springs are installed and settle after some drive time. 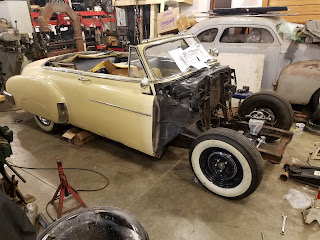 Posted by Dave at Vintage Metalworks at 3:07 PM