Since the original transmission tunnel was in poor shape, it was cut out and a new removable tunnel was fabricated. 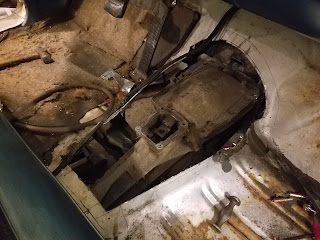 It was started by first  rolling a piece to about the correct size... 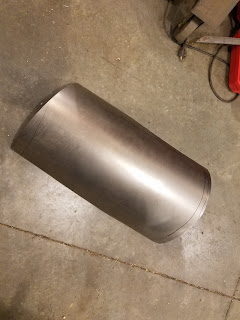 ...then after an evening of hammering, shrinking, stretching, and some time on the English wheel, it fit fairly decently. 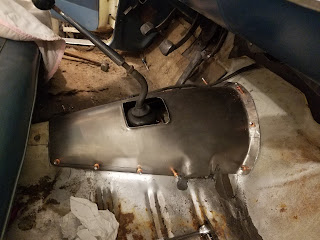 I love these things...weld nuts make everything better! 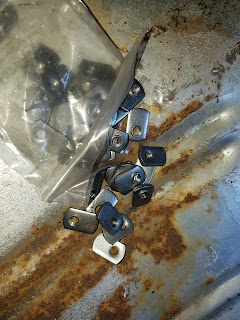 I was amazed how the original floor was not symmetrical at all.  The transmission and engine were centered in the car but the floor had a much more pronounced hump on the driver's side compared to the passenger's side. 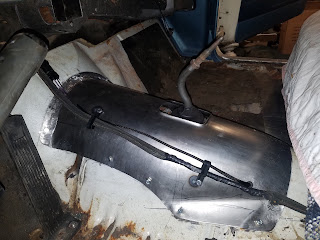 Since the transmission I used had an electronic speedometer and the factory speedometer was mechanical, I could have either found and '83-'88 tail shaft or use a speedometer drive.  There are a couple of companies that are now offering these.  Dakota Digital and Speed Hut both have options.  Speed Hut's version can be used either with a VSS signal, GPS signal or a combination of both.  They were a bit more expensive and had a 3 week lead time.  Dakota Digital's box only uses a VSS signal but it was very easy to hook up and calibrate....just follow the directions.  Best part is that with their dealer network, I was able to get one within a couple of days.

I made a mounting bracket so that it could be mounted under the dash.  The box came with a 24" long speedometer cable that fit perfectly. 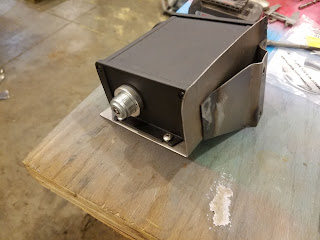 I used some more weld nuts...since I like them so much 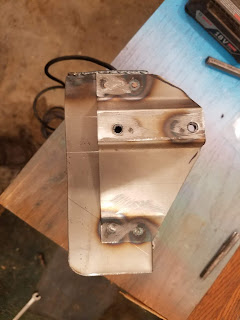 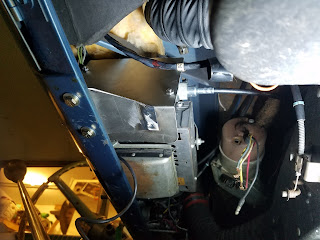 Posted by Dave at Vintage Metalworks at 12:58 PM


A customer dropped this 1964 Mercury off for a T5 install. It has a 390 with a 3 speed. Originally, it was a three-on-the-tree, but someone decided to "install" a custom floor shifter.  Galvanized sheet metal and rivets....my favorite. 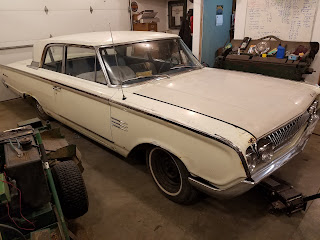 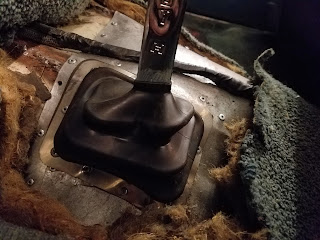 Apparently, they missed cutting the hole in the correct location.... 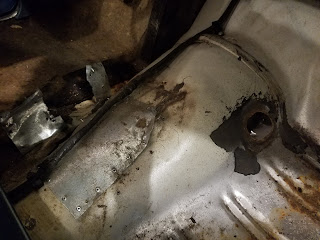 The T5 is actually a hair shorter than the 3 speed. The shifter is in a much more favorable location. 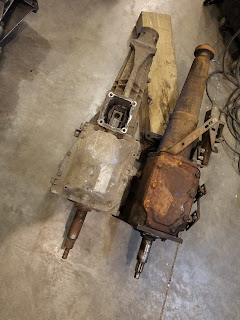 I made an adapter for the Ford "narrow" pattern.  This adapter uses both T5 bolt patterns.  It worked out really well since the bottom holes of the Ford bellhousing line up with the late '93-'96 S-10 T5's.  The adapter kit included a new pilot bearing, a bushing for the release bearing, a new clutch disc and the adapter itself. 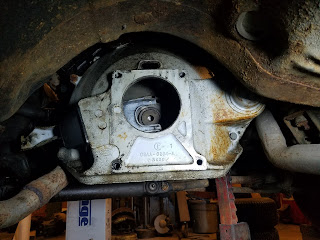 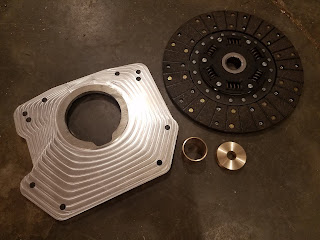 Since the floor was already a mess, I decided to just go ahead and cut it all out.  A new tunnel will be made to cover all of this up. 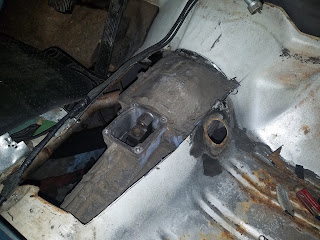 The cross member needed a bit of modification for the lower rear rod mount. 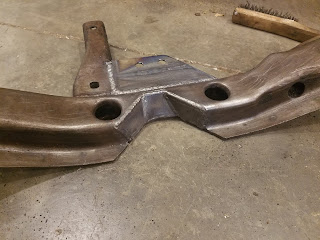 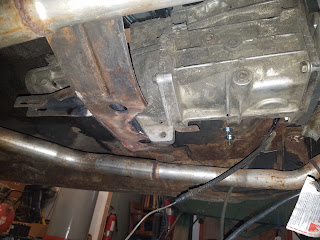 By modifying the original cross member, it was much easier to retain all of the emergency brake linkage.


Posted by Dave at Vintage Metalworks at 9:41 AM