I took the Roadster out to the Rockabilly Ruckus over the weekend.  This was the first year for the show and it's got some great potential.  It's definitely worth checking out.  One of the coolest activities was to take your car out on the track and slide it around a bit.

Check it out here:
The Rockabilly Ruckus

And here are some videos of the track action....


Posted by Dave at Vintage Metalworks at 12:36 PM

I was finally able to take the Chevy truck out for a drive.  However, as I pulled in the driveway, the left front wheel cylinder started leaking....so back in the shop it goes.

The front end is out of a '51 1/2 ton truck which had the "Huck" style of brakes.  These used a 1-1/4" diameter wheel cylinder with integrated adjusters.  Since one was leaking, I figure the best bet was to replace both of them.  Believe it or not, the local Napa actually had them in stock. 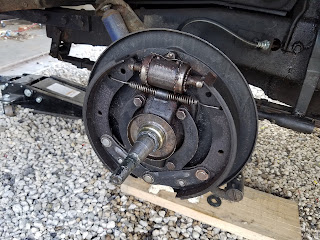 While investigating the differences in brakes between the years of the AD trucks, I realized that the truck had a larger ID master cylinder than it's 1/2 ton counterparts.  Also, the 3/4 and 1 ton version used Bendix style brakes with 1-1/8" diameter wheel cylinders.  Since the Bendix brakes are self energizing, the line pressure can be lower than the Huck style brakes.  So, what this all means is that the stock 3/4 master cylinder was too big for the 1/2 ton wheel cylinders which reduced the line pressure. This made the pedal feel harder than what it should have been.  Napa actually had the correct 1/2 ton master available which ended up being a direct bolt on.  Now the brakes work and feel great. 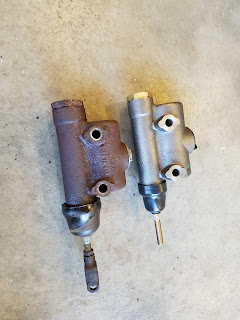 While checking the fluids before the first test drive, I noticed that the rear end was low.  As I added gear lube, it ran out as fast as I put it in.  The rear cover was leaking and when it was removed, only about 1/2 of the gasket was present.  After a bit of research, Autozone was able to order one in directly from Federal Mogul. 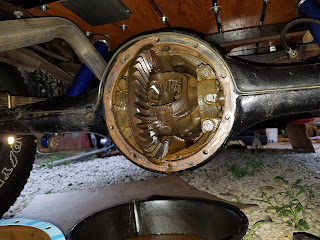 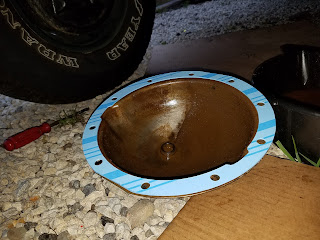 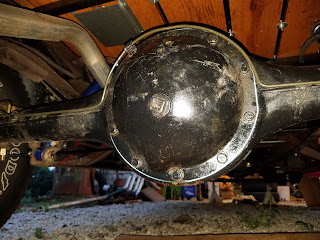 With the brakes fixed and leaks address, it's almost done now.  I am just waiting on dust caps for the front hubs. 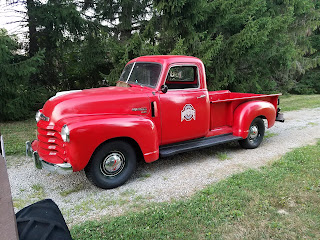 Posted by Dave at Vintage Metalworks at 12:28 PM

Since my last post, we've managed to take care of some of the small details.

Once the pinion angle was set and the the spring perches were fully welded, we moved onto the shocks.  The lower mounts were salvaged off of the originally rearend and reused with the "new" '56 truck rear. 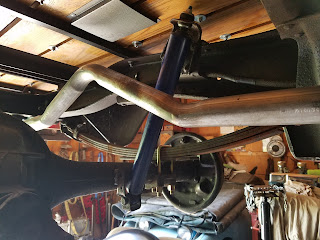 The parking brake was next.  Since the rear was from a '56, we had to use the '55-'59 style of cables which attach differently to the frame.  Since the original brackets were a forging, it was a relatively  easy modification... 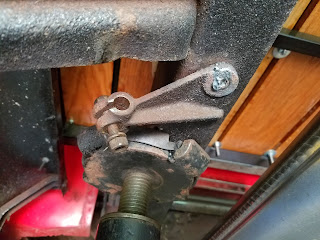 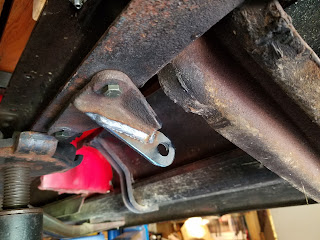 Once the parking brake was address, we adjusted and bled the brakes.  There were a couple of small leaks that were addressed and the pedal felt very nice.  Pretty much what is left is to install a conversion u-joint, reinstall the driveshaft and take it for a ride....It's getting close.

Posted by Dave at Vintage Metalworks at 12:30 PM