I met this customer several years ago when he started putting this truck together.  His grandfather bought this thing new and it has been on his family's farm every since.  His goal was to get it back together but still use it like a truck.  He definitely wanted a 5 speed for it and so I rounded up all of the parts he needed for the swap.

Well fast forward 3 years later and the truck is all together and on the road.  However, it handled like a stock '46 Chevy truck and was legitimately scary to drive over 60 mph.  So, with a little help from Fatman Fabrications, we installed a new front end and addressed a bunch of little issues. 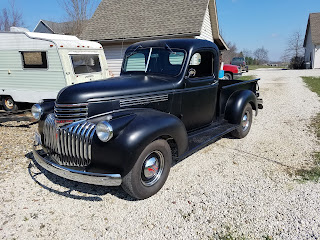 Here it was when he drove it over.  Overall a fairly respectable looking old truck. 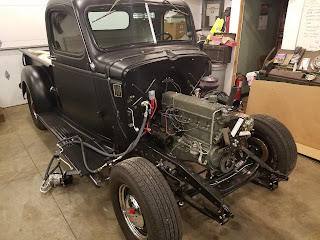 Even though the original front end was completely rebuilt, there was a lot of wear in the steering components... 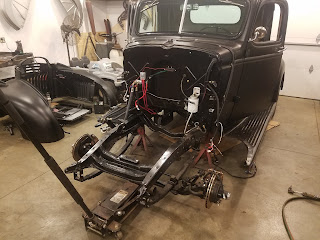 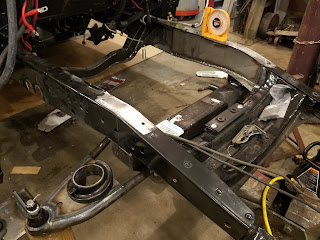 Before the Mustang II could be put in, the frame had to be boxed... 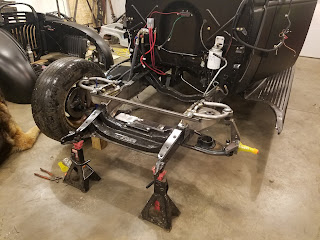 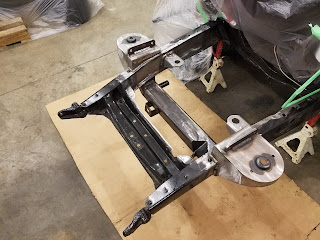 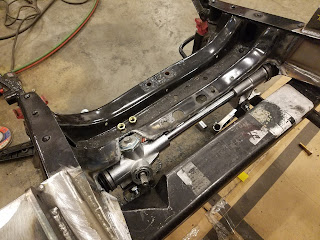 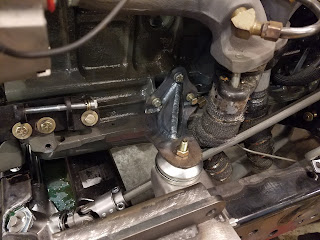 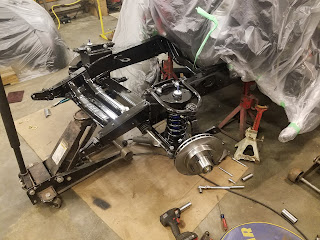 The inner fenders also interfered with the suspension hats. 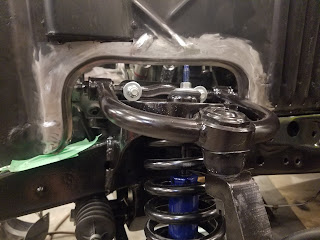 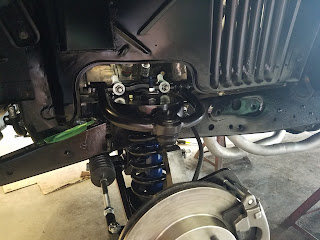 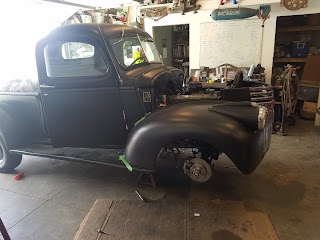 There were a lot of little things that needed to be done like fix an AC leak and recharge it. 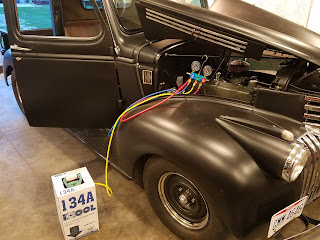 Not much difference on the outside, but it drove like a completely different vehicle.  I wouldn't hesitate to take it cross country now. 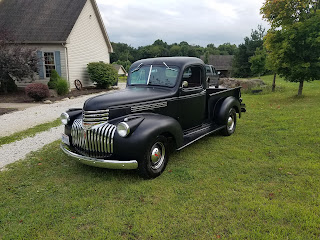 Posted by Dave at Vintage Metalworks at 1:52 PM