There has been quit a bit of activity since the last post.  We recently took in another customer's project that was suppose to be a quick engine swap.  However, as it happens so often, the project has snowballed into a full build.

The plan is for a new front end, a new rear end, a complete rewire and of course, an engine swap. 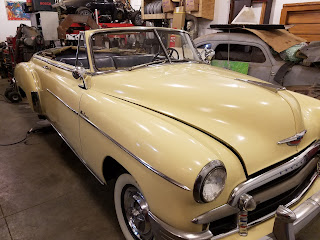 Since the plans changed a couple of days after the car was dropped off, all of the parts had to be ordered.  The first thing to show up was the TCI rear spring kit.  So, that is where things started.

The spring brackets bolted into the original holes with the exception of a couple of new holes needing to be drilled.  Because this car originally had a torque tube rear end, the center line of the rear end sat 2" behind the locator pins on the original springs. With this kit, the locating pins are in the correct location on the new springs which definitely simplifies the install. 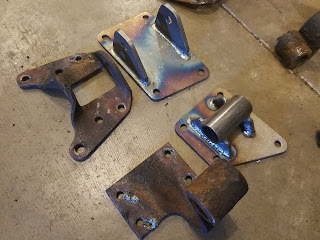 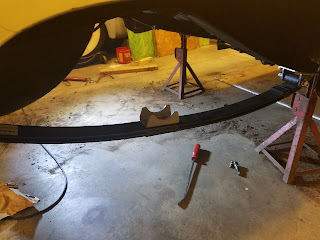 The kit was fairly comprehensive and well put together with the exception of the u-bolt plates.  These placed the u-bolts approximately 1/2" away from the perches on each side.  As the bolts were tightened, the plates the wanted to bend. 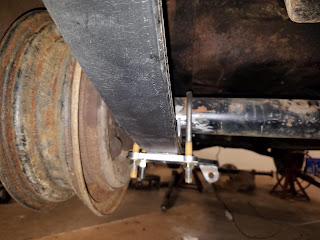 I ended up making some new plates that kept the u-bolts close to the perches to prevent this bending, plus, I thought it looked better. 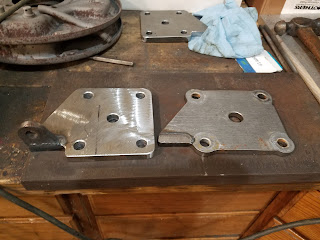 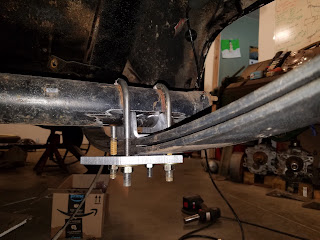 As for the rear end itself, the owner supplied a Ford 9" from a '57-'58 Ford truck.  It measured 61" from wheel mounting flange to wheel mounting flange.  The original rear end measured 60".  When mocked up, this extra 1" of width prevented the fender skirts from fitting so a narrower rear end was needed.  The other downside to the early truck 9" rear end is that they had a 12" x 1-3/4" shoe that is almost impossible to find a drum for.

After a bit of searching, we came up with a '57 Ford Fairlaine 9" rear end.  This one measured 58" from wheel mounting flange to wheel mounting flange.  These also had a narrow shoe that is difficult to find drums for but luckily I happened across a set of much more common '61 galaxy 11" x 2-1/2" backing plates and drums at a recent swapmeet. 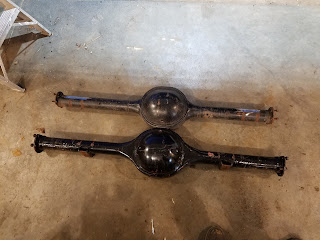 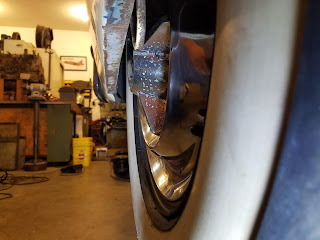 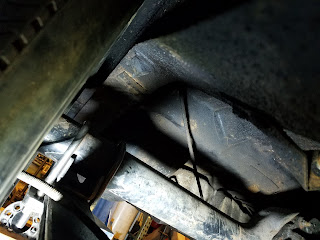 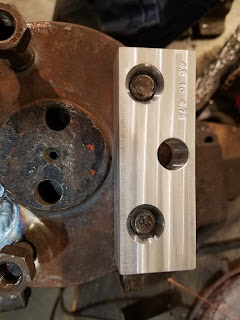 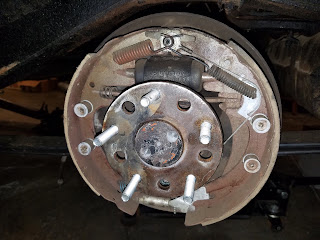 With the rear end bolted in, it's time to move to the front...


Posted by Dave at Vintage Metalworks at 8:29 AM