The latest addition to the Family Fun Park...

I came across a deal to trade a go-cart for these coin operated rides and I simply couldn't help myself. 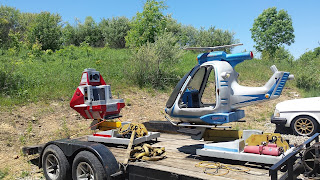 There are coupe of missing panels and the wiring is a bit sketchy but at least they work.  I really just want the helicopter but the guy threw in the jet pack so I had to take it.

They both are made by a company called AutoRovo.  I haven't been able to find much info on them so if you know anything, please call or email.

Posted by Dave at Vintage Metalworks at 7:11 AM

The latest project to come into the shop has been this '40 Chevy sedan.  It's a pretty cool car that's been on the road for quite a while.  It's got a 409 in it with power steering and disc brakes. 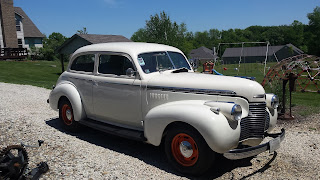 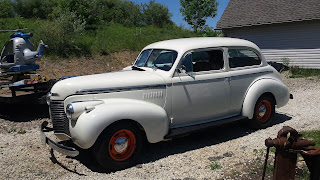 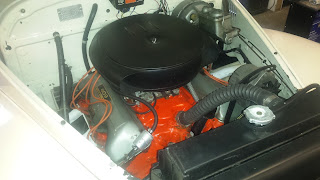 When the owner put the car together, he used a set of modified fenderwells.  With the aftermarket power steering kits, there is absolutely no room on the driver's side.  So, as one could imagine, finding a set of headers that fit and weren't fenderwells is next to impossible.  So that's what we are doing... 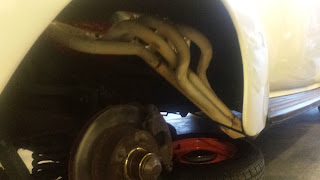 He actually purchased a set of Sanderson block huggers that he wanted modified.  Luckily the passenger side fit without issue but the driver's required a little finesse. 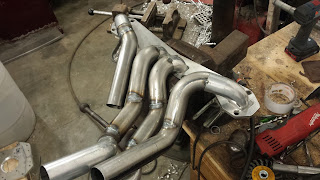 Generally, it's actually easier to make headers from scratch than trying to modify a set....especially to this extent.
Posted by Dave at Vintage Metalworks at 7:04 AM