I have been answering a ton of calls about the progress of our new T5 to torque Tube Adapters.  Here are some progress pics to wet your appetite... 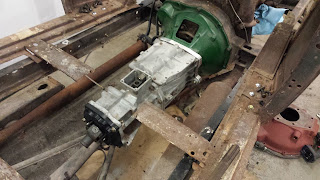 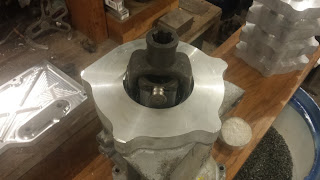 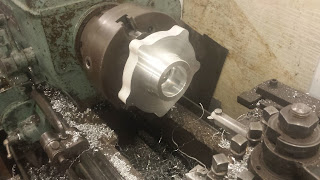 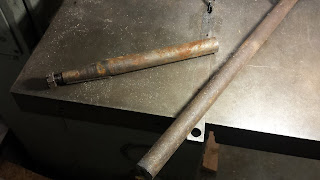 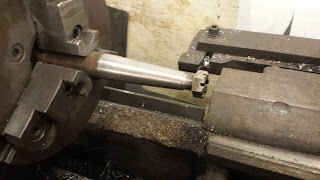 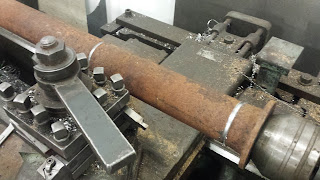 Posted by Dave at Vintage Metalworks at 8:52 AM 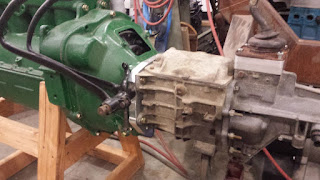 This adapter uses the AA truck bell housing to adapt the '83 to '96 GM T5's to your banger engine.  The adapter includes an integrated pedal shaft in the correct location so no modification have to be made to the original floor boards.  It also has both T5 bolt patterns...the standard '83-early '93 GM "Muncie" pattern as well as the late '93 to '96 S-10 with the Ford pattern.

The kit includes the following: 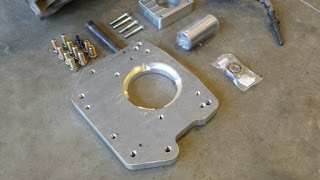 If you are interested or have any questions, please feel free to give us a call or shoot us an email.

You might be wondering why we chose to use the AA bell housing over the stock passenger bell.  Well, there as several reasons.  First, the AA bell is about 2.5" shorter.  This allows us not to have to use an extension on the input shaft of the T5. The T5 input shaft is actually quite a bit shorter than the original 3 speed transmission and doesn't even come close to reaching the flywheel with the passenger bell. With the AA bell housing, you have to trim 5/8" off of the pilot diameter and everything else lines up quite nicely.  Also, since the overall package is shorter, the original cross member, if left in place, needs much less modifications.  The AA bellhousing also lends itself very nicely to allowing for the use of both T5 bolt patterns.  The '93-'96 T5 seem much easier to acquire at a reasonable cost.


Posted by Dave at Vintage Metalworks at 8:46 AM

For sometime, we have been working on building a Model A T5 adapter.  It started with first developing a way to bolt the T5 to the original banger engine as cleanly and cost effectively as possible.  Once that was figured out, the next logical step was to develop a way to retain the original torque tube rear end.  Well, its fine to come up with these ideas on paper, but it's helpful to have a vehicle to actually test them on.

After some trading and dealings on the several internet forum boards, I ended up with a fairly complete running '31 Model A Chassis. The previous owner bought the car simply for the Coupe body and had no need for everything else.  It appeared that someone along the way started to build a driver as the brakes where switched out for '40 hydraulic units and it had 16" wires on it.  With a little bit of wiring, the engine fired right up and ran wonderfully.  Needless to say, I was pretty amazed. 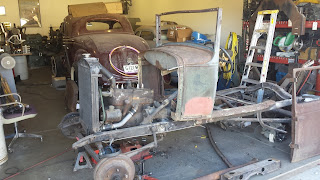 Initially, the chassis was simply going to be used for mock up and never had any plans of actually putting a body on it.  But after falling into a fairly good deal on some truck body parts, plans change... 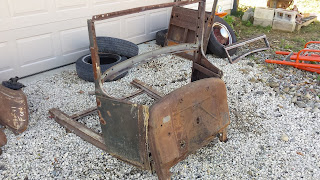 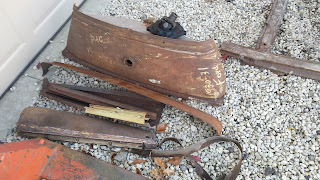 I found a local guy that had the rear section of a '30-'31 truck cab and thought that this would make a great shop truck for Vintage Metalworks.  The cab and doors originally came from a Tudor Sedan that a guy in Pittsburgh was going to make an extended cab truck out of.  Sure, all of the parts have a little rust on them, but it's nothing we can't take care of.


A little bit of interesting knowledge....I was under the impression that all Model A chassis where interchangeable.  That, however, is it not true.  there are quite a few subtle differences.  I found this out when I went to try and install the cowl/sub rail section to the chassis.  The front body mounts by the A-pillar where off.  I knew that the chassis was a '31 but had know idea when the cowl was produced.   Apparently, in September of 1930, Ford decided to to move the body mount back 2-3/8" to give more support to the A-pillar area.  As you can see in the following picture, the front mounts had to be moved. 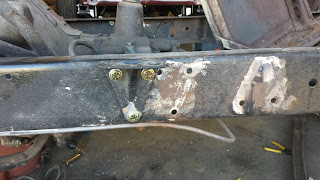 Posted by Dave at Vintage Metalworks at 8:22 AM

Don't worry, I'm still here.  It's just been crazy busy without time to post anything.

There are several project that I am finishing up and will have some updates hopefully in the next day or two...
Posted by Dave at Vintage Metalworks at 3:58 PM