Well, the Corvette rear end is positioned in place and the main mounting structure is tack welded in.

There certainly was some difficulty with properly locating that unit.  There is absolutely no good way to position or to even jack it up without it bolted to something.  The four bar links need to be positioned on the frame to set the wheel base and the diff housing height ultimately sets the ride height.....and those two are somewhat dependent on each other to maintain proper anti-squat and camber gain.  This all has to be done  while there is no weight on the suspension because there is no good way in hell to compress that stupid leaf spring.  Oh yeah, on top of that, we also have no idea how much the rear of the car weighs and conversely, how much it will compress the suspension.

So how did we do it?  Well, first, we set the main mounting structure in the frame so that the car would sit as low as possible without a ridiculous amount of butchery and fabrication.  We then took measurement off of the original corvette carcass to the top 4-bar mounting hole.  We drilled a corresponding hole in the Willys frame and bolted the 4-bar mounting bracket to the car at the correct angle measured off of the original chassis.  This allowed us to be able to set the car on the ground and get an idea of how much the spring will compress as well as what we need to do to center the tire in the wheel well.

Surprisingly, it was actually very close to where we wanted it.  The wheel center line needs to move forward about a 1/4" to get it just right.  This is accomplished be moving the 4-bar link forward the desired amount from the holes we drilled.  It is important to note that we did find that the frame rails, while parallel to each other, where actually shifted for from each other longitudinally about a 1/2"

I think for the next one, I am going to build a locating jig off of the original chassis and correlate that with ride height....somehow. 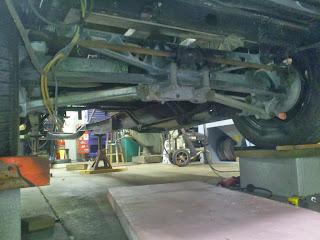 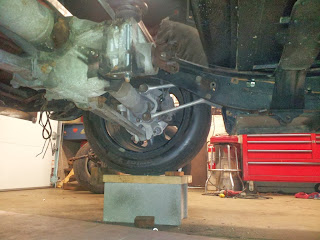 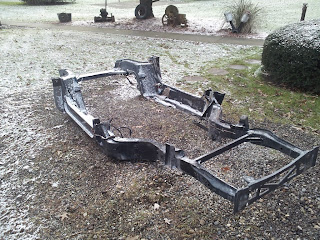 The next step is the front end.... 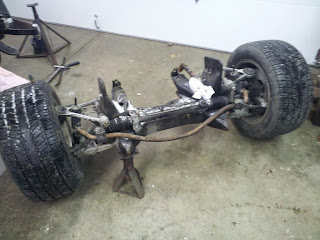 Posted by Dave at Vintage Metalworks at 7:32 AM

We had a customer drop this off earlier in the week.  Plans are to install a full Corvette running gear, a SBC and a 700R4. 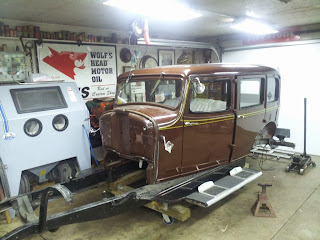 Apparently, they only made a little over 500 of these cars in '31 and most of those were exported.  This one actually came out of a museum.  Initially, I was a little hesitant to convert it but it's what the customer wants, and well, the customer is always right.

The customer also supplied a rolling chassis from a mid '80's 'Vette that was completely disassembled with a sawz-all.  It was an impressive amount of work that I unfortunately did not get  picture of. 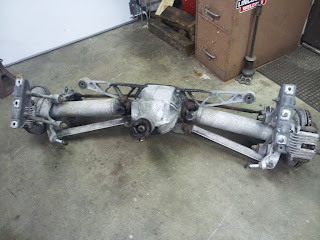 Posted by Dave at Vintage Metalworks at 7:40 AM

Found the base for the new power plant for the 240 on Craigslist over the weekend.... 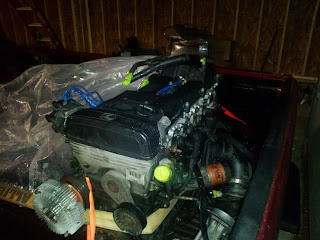 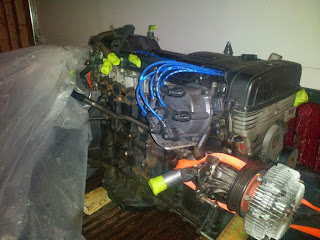 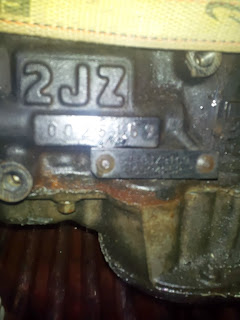 
Posted by Dave at Vintage Metalworks at 7:21 AM

Mild Upgrades to the Volvo....

Over the weekend, I had a chance to install a set of lowering springs and finally fix the antenna on the Brick.
For the last week or two, it was painful only getting one radio station about half of the way on my daily commute.  On top of that, I didn't really care much for that station.  Apparently, broken antennas are a common issue with these cars as they do sort of sick out in an awkward location and somewhat inhibit the use of the luggage rack.  Not that I use the luggage rack, but why would they put it right there?  The original designers must have believed that was going to be the safest spot....Regardless, it was an easy fix with the kit from IPD.  I did get a chuckle from the supplied special wrench that was stamped "Volvo".  Really? 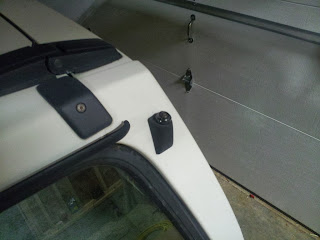 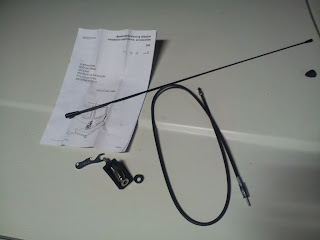 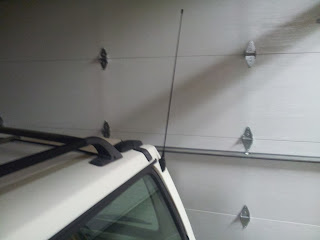 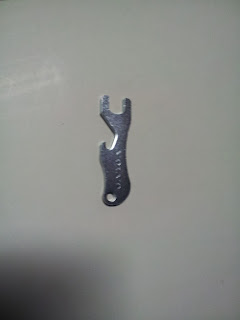 I was really excited for installing the lowering springs.  At the original ride height and with the original hubcaps, these cars are ugly.  Even if you are a diehard Volvo enthusiast, you have to admit that.  So with the help of IPD once again, there a least a chance now we can make this car respectable.... 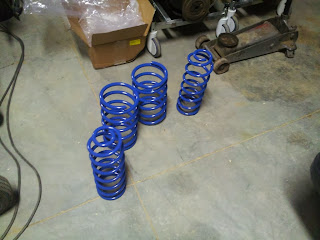 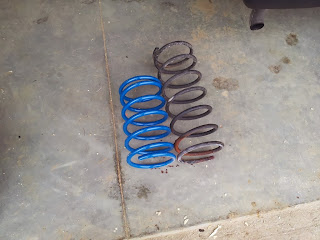 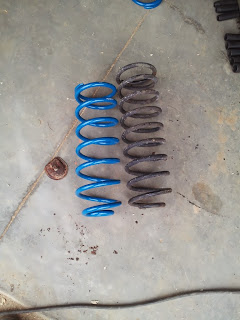 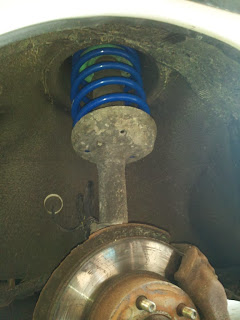 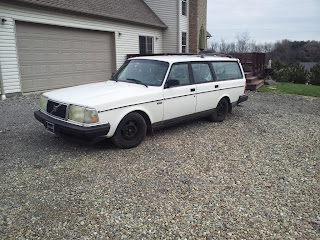 Over all, I was surprised how easy everything went together.  It took a little over an hour and I didn't even end up using the spring compressor.  The car was lowered exactly the 1-3/4" that they said it would be and  I would imagine that they are still going to settle a bit too.  The ride is far superior to what it was previously.  The pitch and dive were dramatically reduced and even though it was significantly less, it still has a little bit more body roll than I would like.  I did notice the front struts lacking any resemblance of resistance, so I imagine that has quite a bit to do with it.

It still needs some work, definitely a change of wheels and several other little issues still need to be addressed, but at least now I don't feel as if I need to be wearing my sport jacket with with leather elbow pads and Ralph Lauren driving cap while motoring down the road on the way to my dental practice.

However, my wife still hates it....