One of the downsides with using a truck 5.3L LS engine is that the oil pans are very tall.  These usually interfere with the cross members and end up hanging down low.  There are several aftermarket companies that are producing oil pans that are based on the truck pan but are 2-1/2" shorter.  However, these pans cost as much as what I paid for the entire engine.

So, my solution was to section it. 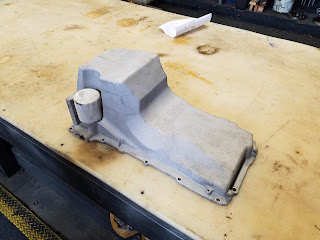 You can see how tall this pan is.  These engine hold 6 quarts of oil and by cutting 2-1/4" out, I am removing about 3/4 of a quart of capacity.  I am not too concerned with this as I am essentially making this the same size as the aftermarket Holley pan.  Also, I know that I will be changing oil on a regular bases as well as checking it often. 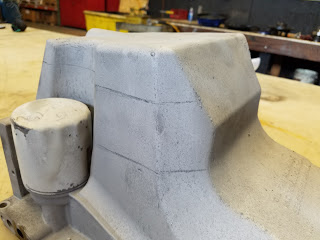 It took a bit to get through with a cut off wheel.  I actually ended up using my band saw after it was taking so long.  Since the sump is wider at the top than the bottom, I have to add a little filler strip. 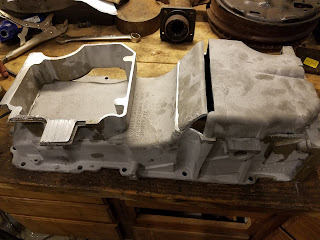 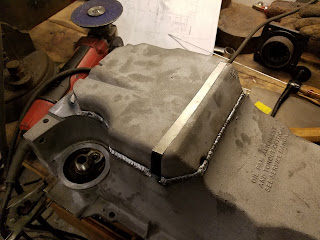 I was really surprised at how well this welded up.  I expected to have all sorts of contamination from it being an oil pan and all. 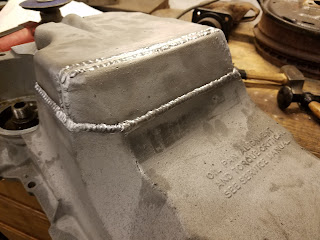 Posted by Dave at Vintage Metalworks at 8:48 AM

For the last year or so, I have been driving my '93 Volvo 240 wagon as my daily driver.  It's a quirky little car but it's fun to drive and is decent on gas.  Well, on my way home, there was a stumble and then....nothing.  The engine shut off and forced me to push it into a gas station in the middle of rush hour traffic.  Fun times.

Up to that point, the car has been rock solid reliable.

After a bit of parking lot diagnostics, it was determined that the secondary fuel pump decided to quit.  Yes, this car has two fuel pumps...those crazy Swedish.

On top of the fuel pump, this thing has had some wiring gremlins that have been there since the day I brought it home.  Apparently, wiring issues are very common to the 240 range.  I've been debating to do something with this thing for some time and finally, this episode pushed me over.

The original plan was to put a 2JZ in it...however, that was going to be quite the undertaking as I didn't have any engine management, tuning software and I still need needed several thousand dollars worth of parts such as turbos and what not.  It was going to be a steep learning curve.  This would have been all fine if I had the time to devote to it.

Luckily, there happened to be a 5.3L LS motor sitting in the shop. 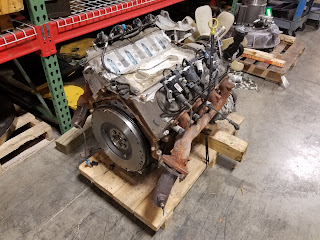 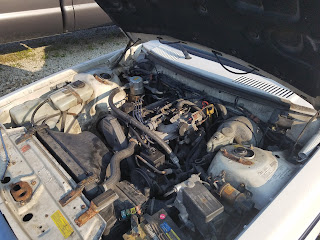 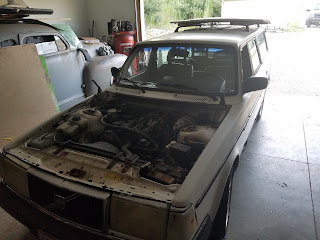 Deconstruction is my favorite part.  I attempted to not cut any of the wiring.  Even though, I plan on completely rewiring the car,  I still might need parts of the harness and connectors.  Plus, I figured that someone, somewhere might need a harness. 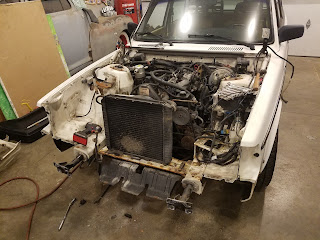 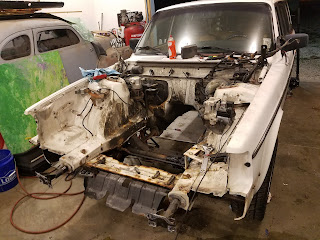 It is nice how the entire front unbolts.  The hardest part to remove was actually the headlights.  Of course, the studs pressed into the plastic housings did not want to corporate and I ended up having to cut them with a torch. 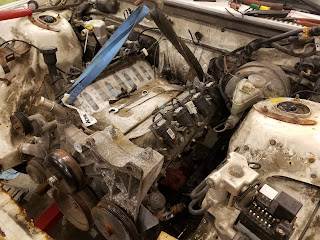 While it doesn't look too bad of a fit...there is going to be some surgery.

Posted by Dave at Vintage Metalworks at 8:40 AM

One way to finish up a project...

Well, that didn't take long, the model A is off to a new home.  SOLD! 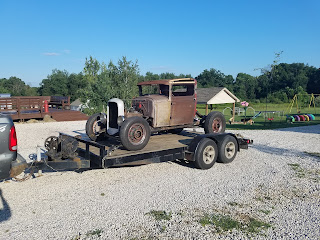 To be honest, I am a bit sad to see it go.  There's always another out there, I guess.  Besides, I've got my eye a something new! 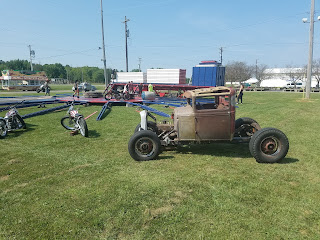 Posted by Dave at Vintage Metalworks at 8:19 AM


With most of the major items buttoned up and enough wiring to make it run, it's was time to see if it would actually drive! 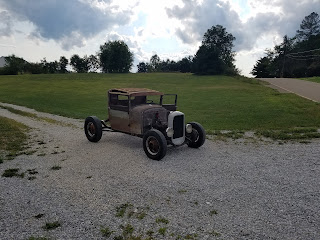 The maiden voyage was about 10 minutes long and I was able to get it up to 50 mph according to my GPS.  Overall, I was fairly pleased with how it drove.  The transmission and drive line seemed to work well and the steering was nice and tight. 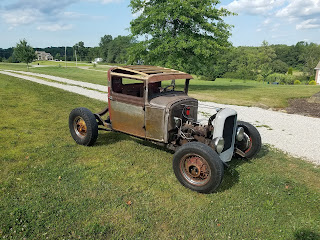 I should have taken some video of it going done the road...oh well, next time.
Posted by Dave at Vintage Metalworks at 9:17 AM

When you decide to raise the engine up, you never realize the cascading effects it might have. 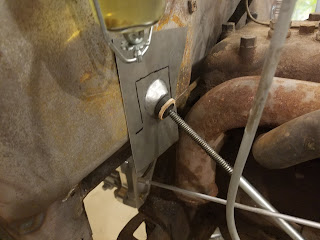 Because the choke rod originally comes through close to the bend in the firewall, I had to cut it all out.  I made a replacement piece by hammering sheetmetal over a tube in the vise. 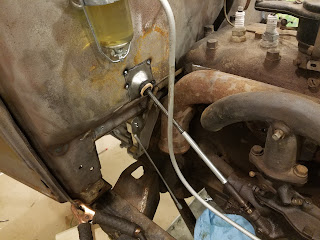 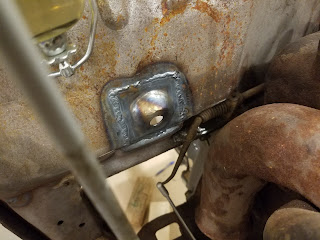 After a bit of grinding, most people will never know. 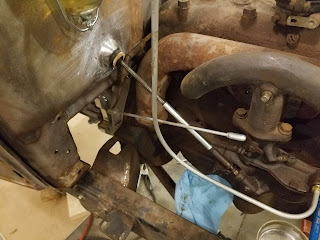 Posted by Dave at Vintage Metalworks at 9:11 AM